Google’s Pixel C tablet and keyboard dock launched this week to mixed reviews. And I don’t mean some reviewers liked it while others didn’t. I mean almost all reviews I’ve seen have the same mixed opinion about the tablet:

Fortunately it’s a lot easier to address software deficiencies than hardware ones, and Google says it plans to roll out software updates for the Pixel C about once a month, which means the tablet could get better over time.

One of those updates will bring a key feature that the tablet currently lacks: multi-window support. 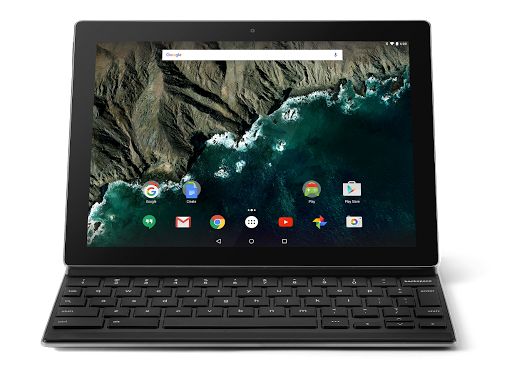 Members of the team that developed the Pixel C are answering questions about the device in an Ask Me Anything session on reddit, and while they won’t spill many details about upcoming software, they do acknowledge that multi-window mode is on the way… although we might have to wait for the next major release of Android to get it, currently code-named “Android N.”

Right now you can only view one app at a time on most Android devices, and that app will most likely take up the full screen of your phone, tablet, or TV. But some companies (like Samsung) have been offering custom versions of android with support for viewing more than one app at a time for a while, and some third-party developers have baked the feature into custom versions of Android like Remix OS.

But Google doesn’t officially supported the feature yet. We’ve known for a while that the company is working on multi-window support for Android though. When Google offered the first preview build of Android 6.0 Marshmallow to the public it included a hidden experimental feature that allowed users to view multiple apps at once. The feature didn’t make it into the final version of Android 6.0 which launched in October.

Now that Google is offering its own Android tablet that comes with a specially designed keyboard that lets you use it like a notebook, it makes sense that the company would want to give users a better way to multitask on devices with a laptop-style layout. You can already do it on Windows tablets and convertibles like the Surface line of devices. And even Apple now offers multi-window mode on its iPads.

Of course lack of multi-window support is only part of the problem with the tablet’s software. The other is that there just aren’t as many good tablet-friendly apps for Android as there are for iOS, because many developers only really focus on creating apps designed for smartphone screens.

The Pixel C team says its hoping that this will change if high-quality Android tablets like the Pixel C are adopted. But I suspect it’d take more than that… Android tablets have been available for a number of years already, and it’s not clear whether shoppers will rush out to buy an expensive new model like the Pixel C (which starts at $499), even if it is cheaper than an iPad Pro or Microsoft Surface Pro.

Here are a few other things I learned from the Pixel C AMA session: