Google is launching its first set of headphones, and as you’d expected, Google Pixel Buds are optimized for use with Google Assistant.

The wireless earbuds are designed to pair with your smartphone, allowing you to interact with Google’s voice assistant by tapping or swiping the control surface on the right earbud and then speaking. Assistant still runs on your phone rather than the headphones, but like the new Bose QuietComfort 35 II headphones, this makes accessing Assistant a bit easier.

Google Pixel Buds go up for pre-order today for $159 and ship in November. They’re available in black, white, and blue. 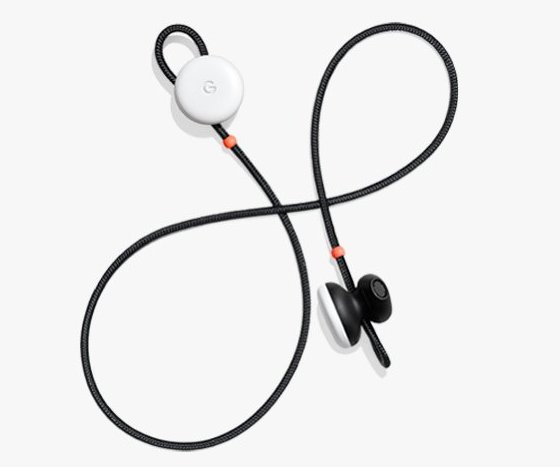 Google also includes a charging case with the earbuds. The company says the earbuds should run for up to 5 hours on a charge, and if the case is fully charged it should hold enough power to let you recharge the headphones 4-5 times.

One of the more impressive features Google showed off at its launch event was real-time translation using Google Assistant and Google Translate. Two Googlers stood on stage and held a conversation where one person spoke in English and the other in Swedish, while the Pixel Buds spoke their real-time translations a moment after each speaker had finished. Google says 40 languages are currently supported.

Unlike Apple’s $159 Bluetooth headphones, there is a wire connecting the two Pixel Buds to one another. But Google’s earbuds are a bit more than just wireless speakers.