The Google Pixel 6a is a smartphone with the same Google Tensor processor as Google’s Pixel 6 and Pixel 6 Pro smartphones. But with a $449 price tag, it’s a more affordable than those phones, which have starting prices of $599 and $899, respectively.

In order to shave the price, Google did cut some corners. The camera, speakers, and display are a bit less impressive, for example. But on paper, the Pixel 6a looks like it should offer pretty good bang for the buck. And now you can spend some of your bucks on it: the Pixel 6a is now available for pre-order from the Google Store, Amazon, Best Buy, and other retailers and wireless carriers, and it should be generally available starting July 28, 2022. 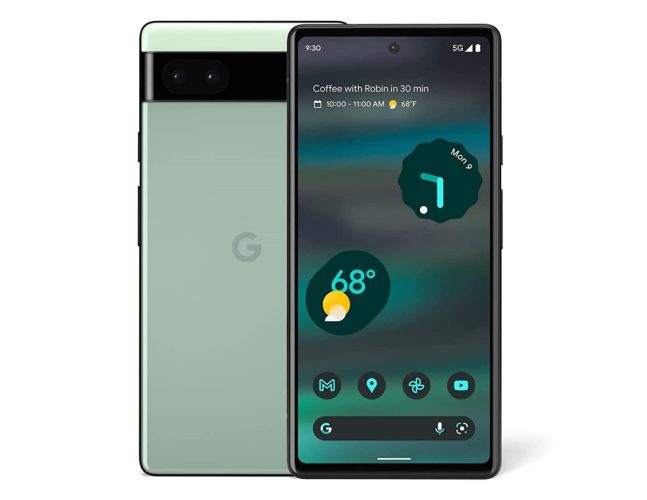 While the Pixel 6 and Pixel 6 Pro have new camera systems featuring 50MP primary cameras, the Pixel 6a has the same 12MP dual camera setup as the last few generations of Pixel phones. These are still very good cameras… but they’re a few years old and may not be quite as good as what you’d get with one of Google’s latest flagship-class phones.

The Pixel 6a also has less RAM than its siblings, lacks support for wireless charging, has 2 microphones instead of 3, and it only rated IP67 for water resistance rather than IP68.

But again, for the most part, this is very much a Pixel 6 series device. It has a similar design and the exact same processor as its siblings. Here’s how Google’s newest mid-range smartphone fits into the Pixel 6 family: