For the past few years Google’s Pixel line of smartphones has consisted of a flagship model and a mid-range model. But in 2020 Google shook things up a bit by releasing two cheaper alternatives to the Pixel 5, the Pixel 4a and Pixel 4a 5G.

Now it looks like Google is preparing to launch its first 2021 mid-range model. According to Steve Hemmerstoffer (also known as @OnLeaks), it’ll be called the Google Pixel 5a. And based on a set of images and specs he’s shared, the new phone looks… a lot like the Pixel 4a 5G. 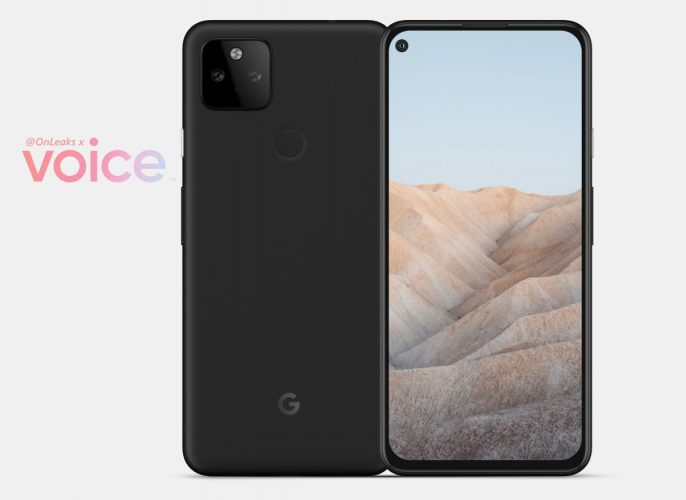 Both phones have 6.2 inch FHD+ OLED screens with punch-hole cameras, plastic bodies, and fingerprint sensors on the back of the phone, and a rear camera system with two cameras and an LED flash bulb tucked inside of a square. Both also have stereo speakers and 3.5mm headphone jacks.

The Pixel 5a is said to be a little taller and a little narrower than the Pixel 4a 5G, but the difference would be hard to spot if you didn’t put the two phones side-by-side.

Of course there are still at least two ways the Pixel 5a may stand out from the phone it seems to be inspired by:

There’s no word on the processor, memory, or storage options for the upcoming phone yet. So it could have the same Snapdragon 765G chip, 6GB of RAM, and 128GB of storage as its predecessor… but a lower price tag than the Pixel 4a 5G, which sells for $499 making it cheaper than most modern flagships, but rather pricey by mid-range smartphone standards.

Or it could have the same price tag (or a lower one), but different specs under the hood.

It’s also unclear if it has the exact same camera setup as the Pixel 5 and Pixel 4a 5G, but given Google’s tendency to re-use the same camera sensor over and over and make tweaks to camera software instead, I’d be surprised if the company debuted a new camera system in one of its value-oriented devices rather than a next-gen flagship.

You can find more image in Hemmerstoffer’s post on Voice. And here’s how the Pixel 5a stacks up against Google’s current phones, based on the details that have leaked so far.