For years the conventional wisdom has been that optical zoom is always better than digital zoom. Want to make a far-away object look like it’s closer? Then you’re going to want a telephoto lens, because using digital zoom on your camera or phone will probably just make it look pixelated or blurry.

But over the past year or so, I’ve noticed something funny about digital zoom on my Pixel 2 smartphone: it’s not that bad.

And now Google is kicking things up a notch with the Google Pixel 3, featuring a new “Super Res Zoom” algorithm.

The Pixel 3 has just a single camera on its back. But Google claims you can snap zoomed-in photos that look as good those you’d take on a device with a 2X telephoto lens. 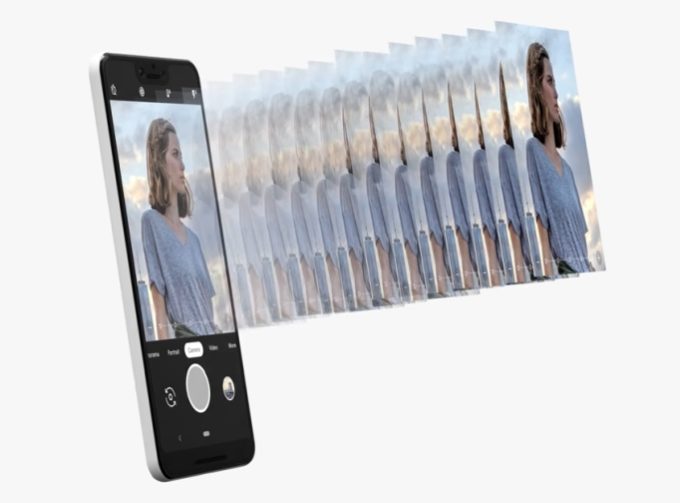 That’s a pretty bold claim… but the company has examples in a blog post that explains how the technology works. More importantly, I’ve read comments from several reviewers suggesting that the new Super Res Zoom really does work in real-world conditions (although there’s some debate over whether it’s really as good as an optical zoom).

Google has a lengthy explanation for how its new algorithm works. But in a nutshell it’s not trying to reconstruct details from a single image the way most digital zoom systems do. Instead the Pixel 3 uses burst photography to capture multiple shots simultaneously and use information from multiple frames to construct a single image with sharper details than you would get by trying to zoom in on just one.

One of the things I find most intriguing about this is that Google actually counts on the fact that your hand will shake a bit as it captures multiple shots — since each image may be off from the others by a few pixels, it allows the phone to capture more visual data. In fact, if you place the phone in a tripod so there’s no hand motion, Google will go out of its way to jiggle the camera so that the optical image stabilization module will move a little bit between shots.

The company says that means that if you pinch to zoom using the camera app before taking a photo, you really will get more visual detail than if you just shoot an un-zoomed photo and then crop it to highlight the area you want to focus on.

Would it have been easier for Google to put two cameras on the back of the phone and use optical zoom? Probably. But it would have been a less Googley thing to do. Google is first and foremost a software company, after all.

This isn’t the first time Google has insisted that digital can rival physical — the first-gen Pixel phones featured Electronic Image Stablization, but no Optical Image Stabilization. It was pretty good… but not perfect. By the time the Pixel 2 launched, Google decided to include both. Maybe the Pixel 4 will have a telephoto camera and Super Res Zoom when it launched in late 2019.

For now, the company did put two cameras on the front of the Pixel 3 and Pixel 3 XL. One has a wide-angle lens, allowing users to choose between normal shots and wide-angle selfies. It probably would have been hard to come up with an algorithm to do that.