The Google Pixel 3 and Pixel 3 XL are the first Google-branded smartphones to support wireless charging since the Nexus 5 was released in 2013. But if you’re looking for a charger that works best with these new phones there’s something you need to keep in mind.

Like most phones that can charge without wires, the Pixel 3 series phones support the Qi wireless charging standard. They also support 10W fast charging. But they do not support 10W Qi chargers.

Ars Technica reports that Google developed its own 10W fast wireless charging technology, and that means if you want fast charging you’ll need to buy a device that’s been certified specifically for use with Google’s phones. 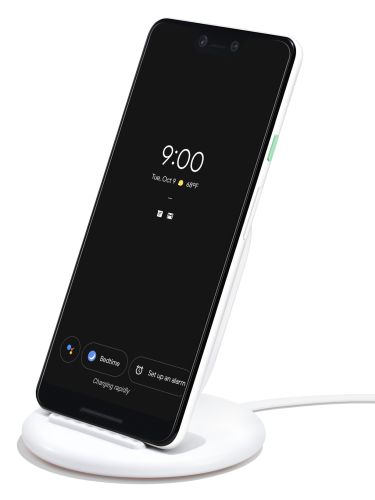 Right now that means you can either spend $79 on a Google Pixel Stand or wait a little while for the upcoming Belkin Boost Up 10W wireless charging pad, which will sell for $60.

If those prices seem a bit steep, you can use just about any Qi wireless charging pad. You just won’t get any more than 5W of charging power, even if you have a Qi charger that supports 7.5W or 10W charging.

So you can pay an arm and a leg or wait a little longer for your phone to charge. Or you could just plug it in, I suppose. The Pixel 3 comes with an 18W wired charger.

Anyway, that’s where things stand right now. The situation could change in the future. Google says it’s working with accessory markers to certify additional wireless chargers, so cheaper options may be on the horizon. But it’s a little annoying that after most phone makers have agreed on a single unified standard for wireless charging, Google has gone and fragmented things a bit so that you can’t necessarily buy a cheap fast charger that works with Samsung and Apple phones and expect it to work with a Pixel phone.