Google may be planning to launch a cheaper Pixel 3 smartphone called the Pixel 3 Lite, and we’ve already seen hands-on photos of the phone a few times. But it looks like the Pixel 3 Lite may not be the only new Pixel on the way. 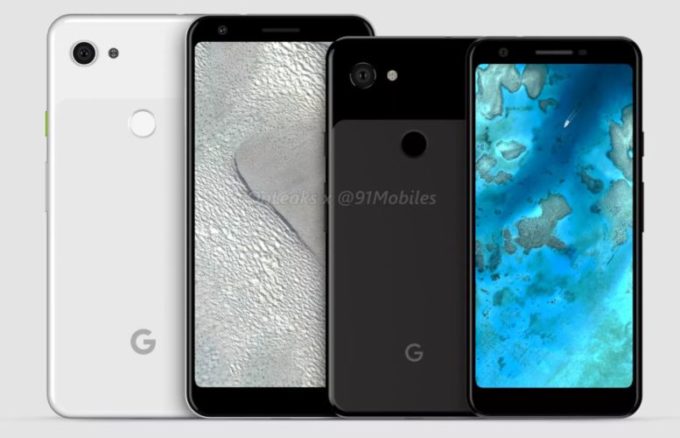 These aren’t real-world photos. Instead they’re high-resolution renders that are said to be based on factory designs. There’s a chance the information is incorrect or that something could change before Google brings the phones to market (if it ever does). But there’s a pretty decent chance that if we do see a line of Pixel 3 Lite phones in the coming months, they’ll look a lot like these images.

That means, among other things, that we can expect these phones to be notch-free. While they all have wide aspect ratios (or tall of you’re holding the phone in portrait mode, I guess), there are top and bottom bezels rather than screens that wrap around a camera cut-out.

While the Pixel 3 and Pixel 3 XL have edge-to-edge glass and stereo speakers, the Lite edition phones have some left and right bezels and single speakers. These phones also have single front-facing cameras instead of dual selfie cameras.

On the back of the phone, there’s a familiar dual-tone design, with glass covering the top. But the rest of the body is polycarbonate rather than glass.

Probably the best thing about these phones is that they’re expected to feature the same high-quality 12MP cameras as their more expensive Pixel 3 siblings.

The second-best thing may be that the phones have headphone jacks as well as a USB Type-C port (Google did away with the 3.5mm audio jack when it launched the Pixel 2 last year).

Earlier reports have suggested the smaller model will have a Qualcomm Snapdragon 670 processor, 4GB of RAM, and 32GB of storage plus a 2,915 mAh battery and Android 9 Pie software.

There’s no word no word on whether you’ll be able to find models with more storage, how much the phones will cost, or when they’ll be available. I’m also curious to find out whether the Snapdragon 670 chip is powerful enough to handle all of the software-enhanced photography features available in Pixel phones such as Night Sight and Super Res Zoom.