Google introduced new features for some of its smartphone apps at an event in Brazil today.

The first is support for making audio-only calls with the Duo Messenger. Up until now you could only use Duo as a simple video messaging app, although I suppose you could block videos by placing your finger over the camera.

The second is an update to the way Google Photos saves automatic backups of your photos.

And the fourth is a Google Maps update that lets you share your arrival time with others. 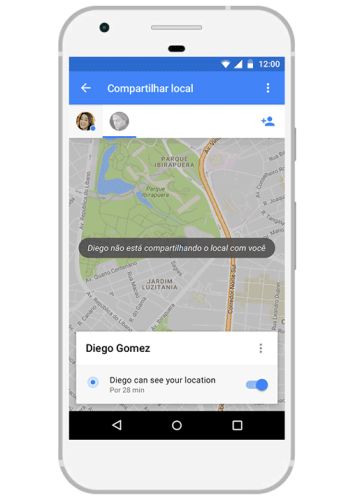 One thing to note is that the Duo voice calling feature is only available in Brazil at launch, but it should roll out to additional countries soon.

New features for Allo include the ability to share files through the messenger and support for “Smart Smileys” in Portuguese.

That way you’ve got at least some backup immediately. If something happens to your phone, you won’t lose your photos. But you don’t have to wait for large files to upload over a slow network.

Using the same technology, Google makes it easier to share photos over slow internet connections. When you share a picture, Google can first show the low resolution preview before making the higher-quality versions available when users have access to a faster internet connection.

Finally, Google Maps now lets you share your location with specific people for a specific period of time. This is something that other mapping apps have offered for a while, but it’s a welcome addition to the default Maps app for most of the world’s smartphones.