Google plans to launch the next version of its Android operating system this fall. Code-named Android L (at least until Google comes up with a good dessert name starting with the letter L), the operating system will feature a new design language and improvements to the lock screen, quick settings panel, graphics performance, and more.

It’ll also be the first version of Android to support 64-bit applications.

Right now there aren’t really any 64-bit Android apps. But that could soon change, now that Google has released a 64-bit developer preview emulator image of Android L. 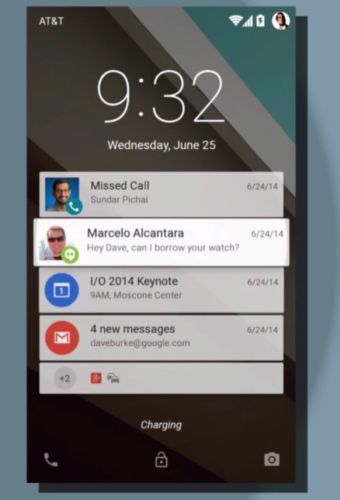 The first smartphones and tablets with 64-bit processors from Intel, Qualcomm, and others are starting to hit the streets. Allwinner, NVIDIA, Mediatek and other chip makers also plan to have 64-bit chips based on ARMv8 architecture ready to go this year.

It’s likely that at least some of these 64-bit apps will take up more disk space than 32-bit versions. But they should also offer better performance thanks to support for more addressable memory space, more registers, and new instruction sets.

Apps created in Java will automatically tap into the new 64-bit features. But apps developed using other languages and relying on the Android NDK will need to be recompiled in order to become 64-bit software.

via Engadget and +Android Developers