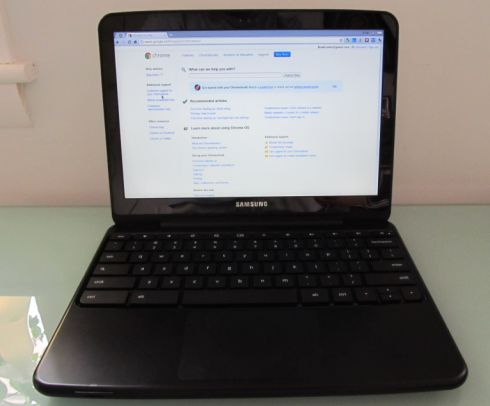 With the first Chrome OS laptops scheduled to ship next week, Google has officially launched a support site for the Chrome operating system. That’s the good news. The bad news is that like most Google support services, all you get is a web site. If you want to call someone for help, you’re out of luck.

Since Google isn’t selling its own laptops, but instead partnering with manufacturers including Acer and Sony, the lack of phone support might not a huge problem. You can probably reach out to the company that made your Chromebook if you really need to. But it’s interesting to see that Google’s big idea that all you need is the web doesn’t just extend to the operating system itself, but also the company’s support services.

That said, the support page is pretty user-friendly, with prominent links to a guided tour, initial setup tutorial, and information on how to use a printer and the unusual touchpad that comes with the Acer and Samsung Chromebooks.

As you’d expect from Google, there’s also a nice big search box at the top of the page.