You can also pull up Google Now manually on supported devices to see a series of cards with things like nearby attractions, sports scores, weather forecasts, TV schedules, and other information Google thinks you may want to know based on what the company knows about you.

Starting with Android M, Google Now is about to get a lot more powerful. 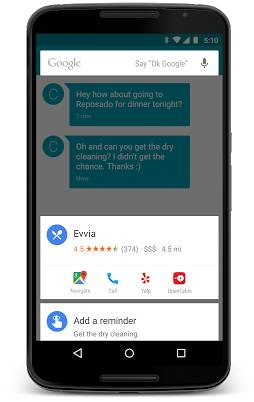 The company has unveiled a new feature called Google Now on Tap. From just about any screen on your Android phone, you’ll be able to tap and hold the home button to bring up Google Now for relevant information and recommendations.