That could change very soon, because Google is now letting any Android developer port their apps or games to run on Chromebooks and other Chrome OS devices. 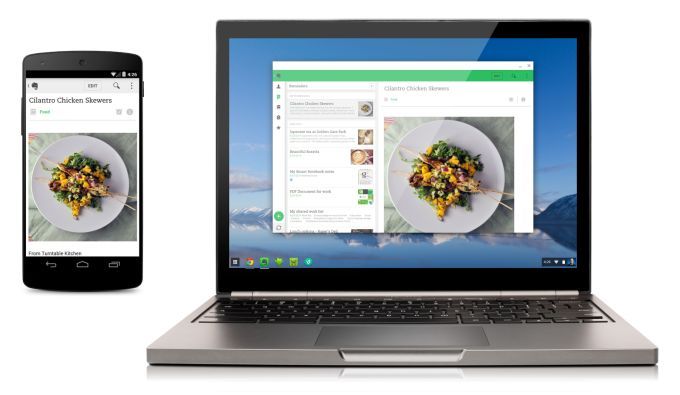 Up until recently, developers that wanted to create Chrome apps were asked to use web technologies including HTML5 and JavaScript. Now developers who have already created native Android apps written in Java or using the Android NDK can easily bring their apps to Chromebooks.

Google’s Android Runtime for Chrome (ARC) is a set of tools that basically lets an Android app run on Chrome OS as if it were running on an Android tablet. Whenever the app tries to access an Android-specific resource, ARC supplies the appropriate Chrome equivalent.

ARC is still in beta and doesn’t support every part of Google Play Services, but there is support for Google Maps, Google+ sign-in, location, advertising, and more.

Users might not even know if an app they’re running was originally designed for Android — all apps will look pretty much the same in the Chrome Web Store. The upshot is that we could start to see more apps including many which had originally been available for smartphones and tablets, but not for Chromebooks and Chromeboxes.

One example? PC World reports that the Android version of the VLC media player app should e available for Chrome OS in the coming weeks.