Google’s new flagship tablet is now available… to some customers. If you ordered a Google Nexus 7 from the Google Play Store, it will probably ship any day now. But if you pre-ordered one from Gamestop, there’s a good chance it’s ready for pickup.

A number of folks have received calls from their local Gamestop stores letting them know that the 7 inch tablet is on-site and ready to take home.

Update: Google is also telling folks who call their support number that all pre-orders will ship within 3 days. 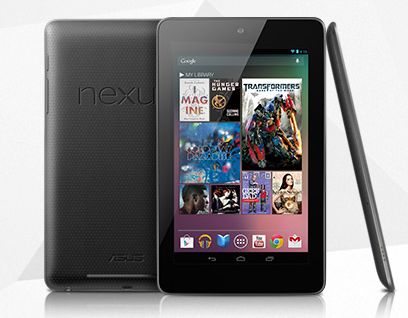 Asus built the tablet for Google, and word on the street is that it’s being sold at or pretty close to the price it costs to actually build the device. The 8GB model costs $199, while a 16GB version runs $249.

Google (and Gamestop and other retailers) also offer $25 of credit to spend on apps, movies, and other content from the Play Store when you buy a Nexus 7.

Overall, this is a device that’s meant to showcase what Google Android can do, and get people used to using the Play Store for books, music, movies, magazines, and apps.

Google gave away about 6,000 Nexus 7 tablets to attendees of this year’s Google I/O conference, so there are already a number of tablets in the wild. Today there are a few more — which should make it harder for people to sell the tablet on eBay for $300 or more.