Google’s next Nexus smartphone is expected to feature a high-resolution 5.9 inch display. Google hasn’t announced the device yet, but it’s reportedly being built by Motorola and over the past few weeks we’ve seen a couple of blogs post mockups of the phone based on leaked info from tipsters.

Now Android Police has a real-world picture of a phone that could be the Nexus 6. 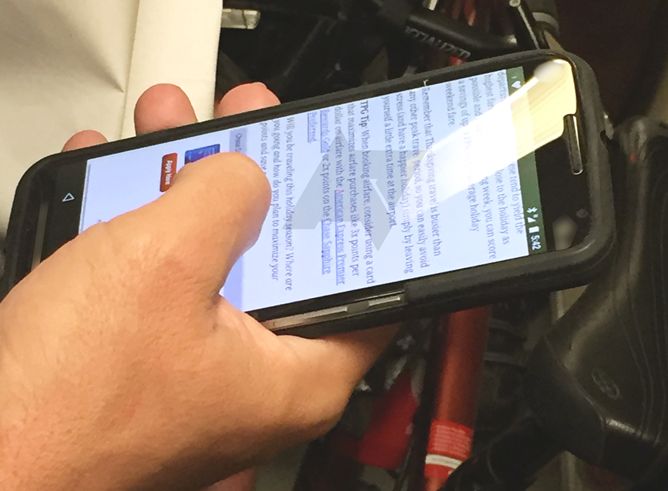 The photo shows a phone that’s protected by a case, so you can’t see that many details. But it’s clearly running Google Android L (the next version of Android introduces a new design language and features a triangle-shaped back button), and as expected the volume and power buttons are about half-way up the side of the enormous phone, where they’ll be easier to reach when using the phone one-handed.

We’ll have to wait until Google officially announces the device to know for certain whether we’re looking at a Nexus 6.

But if the next Nexus is a 5.9 inch phone with an unusual button layout, it’d probably look an awful lot like the device shown in the picture.

Big-screened phones have become pretty popular over the past few years, with Samsung’s Galaxy Note series leading the way. While I’m still pretty happy with my 5 inch Nexus 5, a bigger Nexus 6 could be a good solution for folks who don’t want to buy separate phones and tablets.

Other rumored specs for the phone include a 2560 x 1440 pixel display, a Qualcomm Snapdragon 805 processor, 3GB of RAM, a 13MP rear camera, support for recording 4K video, and 32GB of storage.

7 replies on “Google Nexus 6 spotted in the wild (maybe)”