About the only things we don’t know about the phone are the price and ship date — but the smart money’s on relatively cheap and soon.

Google hasn’t officially announced the phone yet, but someone working at a Carphone Warehouse in the UK shared an inventory screen recently showing 3,000 units (half black and halfe white), and an LG Canada worker posted pictures of a warehouse filled with Nexus 5 phones. 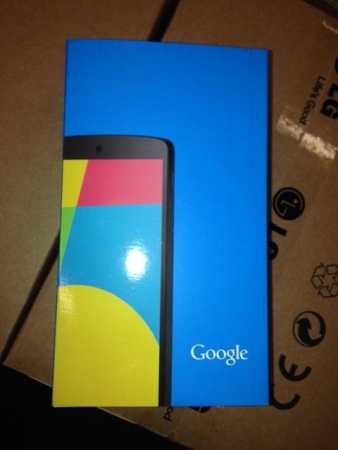 That’s just the tip of the leaky iceberg: pictures that appear to have been snapped with a Nexus 5, were also posted online recently. And if I were to try to post every leaked image of the phone that’s hit the web in the past few weeks, the phone would probably be on store shelves by the time I finished copying and pasting links.

To make a long story short, either Google and LG are going to start shipping this phone very, very soon — or they’ve been involved in a really massive practical joke and what we’re really waiting for is a 3 inch feature phone made by HTC and called the Nexus 5 because it’ll be the first phone to ship with Google’s new stripped-down version of Android.

Update: Oh look, Canadian wireless carrier Wind Mobile now has a pre-registration page on Facebook, with complete specs for the phone including:

10 replies on “Google Nexus 5 sure looks ready to ship”