The Google Nexus 5 is now available for purchase for $349 and up. It’s a 5 inch smartphone built by LG and it features a full HD display, a speedy processor, and Android 4.4 KitKat software.

Google’s newest Nexus has some of the best specs available on an Android smartphone, but it sells for about half the price of a top tier phone from Samsung or HTC… at least if you buy any of those phones unlocked. $349 is still more money than many folks are used to spending up-front for a phone.

But that price doesn’t include any carrier subsidies. 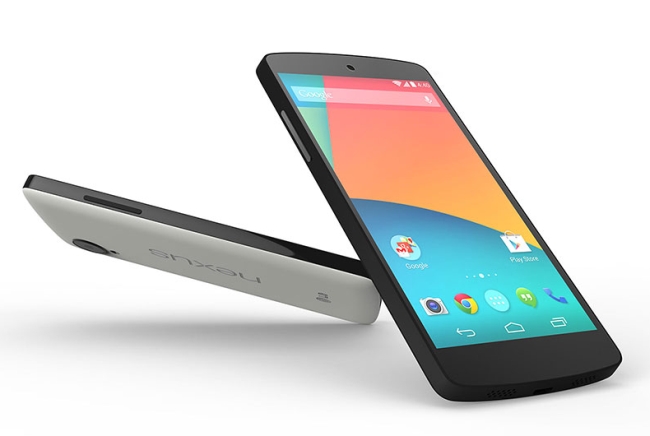 There’s a microUSB port with SlimPort, which means you can use it as a video output, and the phone has dual microphones and ceremic power and volume buttons. The phone has a 1.3MP front-facing camera and an 8MP rear shooter.

The phone’s available in black and white, with a 16GB model running $349, and 32GB model selling for $399. It’s available for purchase from the Google Play Store, and should be available soon from Sprint, T-Mobile, Amazon, Best Buy, and Radio Shack.