We’ve seen mockups of the upcoming Google Nexus 5 and Nexus 6 smartphones. Now we may have the first photographic evidence of the 2015 Nexus 5.

Inno Yudha posted a picture showing the back of a device that looks a lot like the mockups to the Nexus Indonesia community on Google+.

Update: There’s some question of whether this photo has been faked… or if a photo purporting to show that the Nexus image is a fake is itself faked. 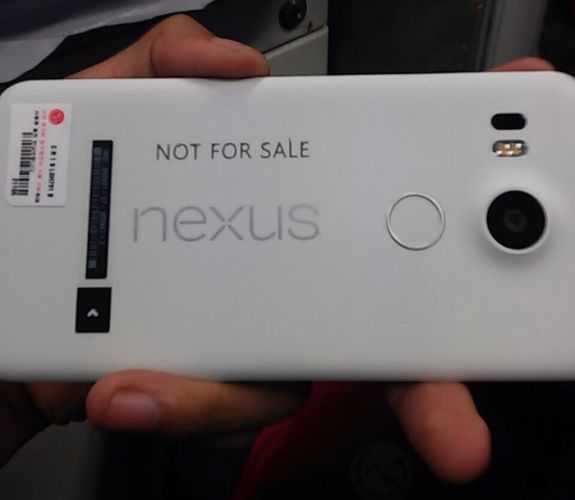 If this isn’t the real deal, someone went through a lot of trouble to make a fake that matches the leaked images that made the rounds a few days ago.

As expected, the phone seems to have a fingerprint sensor on the back, a raised camera, round edges, and a Nexus logo.

There are also a bunch of stickers obscuring parts of the view — but if you’re wondering what the phone looks like without the stickers, redditor DeadSalas applied some Photoshop magic to give us a better (albeit slightly more fake) look.

The new Nexus 5 is expected to be manufactured by LG and feature a 5.2 inch display and a USB Type C port. Some early reports have suggested that the phone will have a Qualcomm Snapdragon 808 processor, although it’s possible it could use a different chip. It’s also not clear if this model will have a 1920 x 1080 pixel or a 2560 x 1440 pixel display (although the upcoming Huawei Nexus 6 will most likely have a 1440p display).