Google has dropped the price of the Nexus 4 smartphone to just $199 for a model with 8GB of storage, or $249 for a 16GB model. That’s $100 cheaper than the original price for those phones — and those prices were already better than almost anything else on the market in the US.

The Nexus 4 smartphones are sold without any wireless service contracts, so the price you pay up front is pretty much all you pay for the phone. If you buy a $200 phone from a wireless carrier, you usually end up paying at least a few hundreds dollars extra to cover the real cost of the phone over the course of your contract. 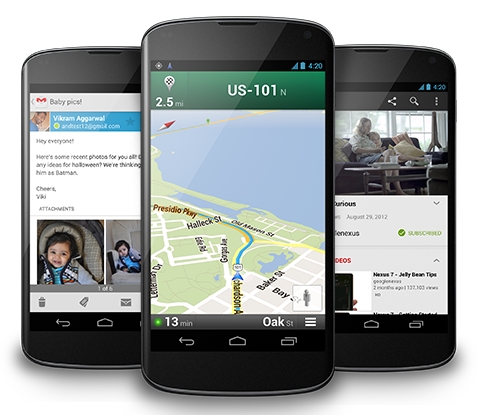 The price drop could be a sign that Google is looking to clear out inventory before launching a new model… or maybe the company will take a page out of Apple’s book and continue to offer last year’s model at a new, lower price while introducing new phones with higher-end specs for $299 and up.

Either way, while the original Nexus 4 may not be as fast or have a screen resolution as high as those found on the latest phones from LG, Samsung, HTC, or Sony — but it’s available for a fraction of the price of any of those phones (if you were to buy them unlocked and without a contract), and as a Nexus device it’ll likely continue to be first in line for software updates from Google for at least the next year or so.