Today is launch day for Google’s latest smartphones and tablets, and they’re selling fast. While the Google Nexus 4 smartphone, Google Nexus 10 tablet and 32GB Nexus 7 tablet aren’t expected to go on sale in the US until around 9:00AM Pacific Time, Google started taking orders in Australia and Europe while most Americans were still sleeping.

And each country quickly sold out of the phones and tablets. 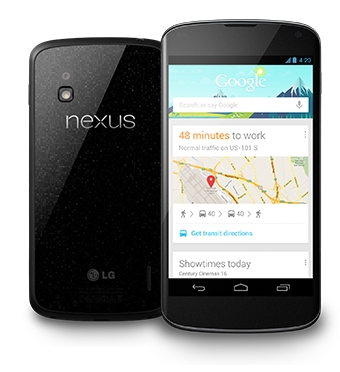 There are reports that the Nexus 4 smartphone was sold out in the Australian Google Play Store less than a half hour after the device went on sale.

The phone sold out in the UK just as quickly.

Some customers in France, Germany, and Spain have successfully placed orders, but others are reporting that the site seems to be crashing.

Generally Nexus devices tend to be pretty popular with geeky users that want a pure Android experience and who don’t mind paying a little more money up front for a phone that’s not subsidized by a wireless carrier. But they don’t tend to sell nearly as well as flagship devices advertised by phone makers and wireless companies such as the Samsung Galaxy S III or iPhone.

But in this case it looks like there’s enough demand for the new phone (and maybe the new tablets) to not only sell through the allotted inventory in several countries quickly, but also to cause the Play Store website to behave erratically in some cases.

We’ll see what happens when the new devices go on sale in the US in a few hours. But if you fail to snag one today, something tells me Google will be ordering more units from hardware partners LG, Samsung, and Asus and the Play Store will be re-stocked soon.

One reply on “Google Nexus 4, Nexus 10 go on sale in Europe, Australia, sell out quickly”