Just days after the latest Google Nexus products hit the streets, a couple of repair shops have taken apart the Nexus 4 smartphone and Nexus 10 tablet to see what lies beneath the surface. And they’ve posted teardown guides online.

Powerbook Medic disassembled the Nexus 10 tablet, while the folks at iFixit ripped apart the Nexus 4 handset. 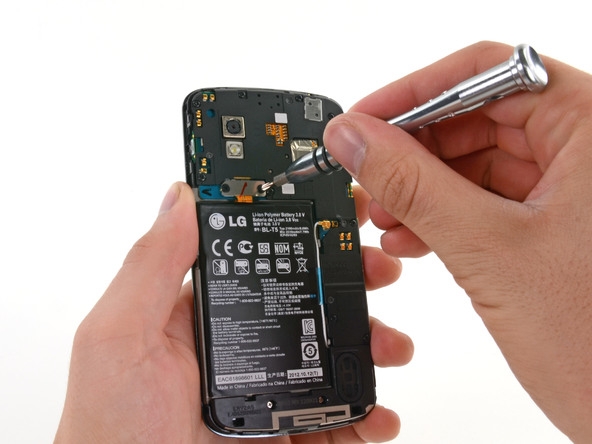 But iFixit found something else hidden in the case: a 4G LTE chip.

The Nexus 4 has taken a fair share of criticism for not supporting LTE, but it looks like manufacturer LG actually left in the same wireless chip used in its Optimus G smartphone. Unfortunately it may not be connected to an antenna or power amplifier, so it’d take more than a software update to enable LTE.

Update: Nope It turns out LTE works just fine… as long as you’re using Band 4 (which is what Telus and Rogers in Canada use.)

Overall, iFixit gives the device a fairly high repairability score since it’s not that difficult to disassemble. But replacing the battery or screen will be more difficult than on some other phones.

The folks at Powerbook Medic report that the Nexus 10 is pretty easy to take apart — provided you have the proper tools, including a flat tool that you can use to pry open the case without damaging it. 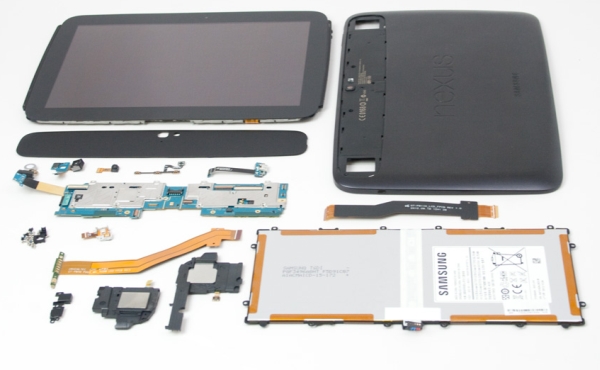 Like most tablets, the Nexus 10 is primarily screen and battery on the inside. I’m always a little surprised at how small the system board is, until I remember that this sort of tablet basically has the same guts as a modern smartphone… but a larger battery to help power the larger display.