Google brought support for seamless updates to Android phones in 2016. In a nutshell this means that operating system updates can be downloaded and installed in the background, allowing you to update with relatively quick and simple reboot — and if anything goes wrong, your phone will just revert to the only version of the OS because it won’t have been erased yet.

But while seamless updates have been a possibility since 2016, it’s been up to phone makers to decide whether to make use of the feature… so far. While many phone makers have already adopted seamless updates, a few big players (including Huawei and Samsung) have not yet.

Now it looks like Google may insist that all phones support seamless updates starting with phones that ship with Android 11.

One reason some phone makers may have skipped seamless updates in the past is that they take up more storage space. That’s because phones with the feature enabled have two sets of partitions for key files — when an OS update is downloaded, it goes to the partition you’re not using.

As spotted by the folks at xda-developers, a recent change to the Android Vendor Test Suite indicates that A/B partitions will be required for phones that ship with Android 11 or later. Since that partition scheme is designed specifically for seamless updates, it sure seems like Google is going to require them moving forward.

Now theoretically this may not affect all Android phones… just the ones that receive Google certification so they can ship with the Google Play Store, Play Services, and key apps such as Gmail, YouTube, and Google Maps.

But that’s effectively all Android phones sold outside of China with the exception of recent Huawei devices.

So it looks like if you buy a new phone, odds are that it’ll support seamless updates… even if it’s a Samsung phone. 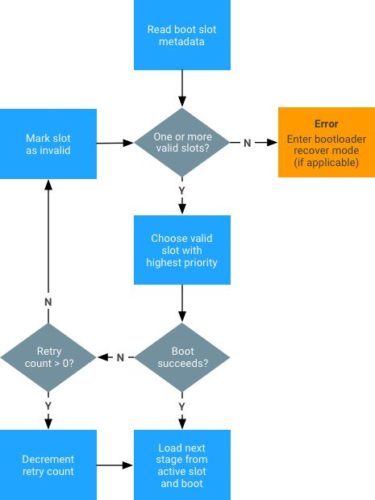