When Apple launched the first iPhone, it featured a Maps app powered by Google Maps. Every iPhone, iPod touch, and iPad that’s been released since then has had a Maps app — but with the introduction of iOS 6 this year Apple dropped Google Maps and started using a new map service developed in-house.

Some users have been less than thrilled with the change.

Now Google has released a standalone app for iOS, and it’s available as a free download from the App Store. 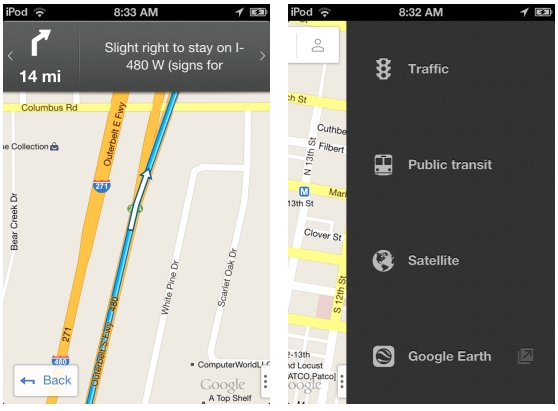 In some ways, this could be a good thing for Google Maps users. While it’s nice to have a decent utility bundled with the operating system, now that Google Maps is a third-party download, Google can push out regular updates with new features and bug fixes without relying on Apple to offer a complete operating system update.

The new Google Maps app includes some features that the older Apple Maps powered by Google never had, such as voice-guided, turn-by-turn navigation.

Google has also launched a new SDK for developers that want to link their apps to Google Maps for iOS.