Google is highlighting some new and upcoming accessibility features for Android and Chrome. 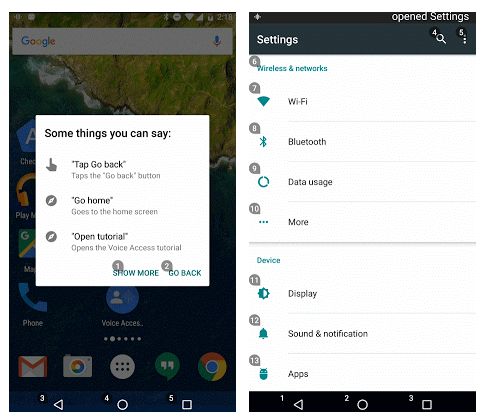 There’s a new Voice Access app that allows you to control an Android device using nothing but your voice. This can help people who may have injuries or paralysis to navigate without touching the screen.

Not only does this let you open an app by saying “open app name,” but you can also view numbers for each of the items on the screen, which can help you select an element without tapping or scrolling. You can also use commands like “go home” to return to the home screen, “open tutorial” to view a guide, or ask “what can I say” for a list of supported voice commands.

Voice Access is currently in beta, so you’ll have to join the beta test program to try it out.

The next version of Android will allow you to adjust screen magnification, font size, and other visual settings which could make it easy for people with less than perfect vision to see their screens. 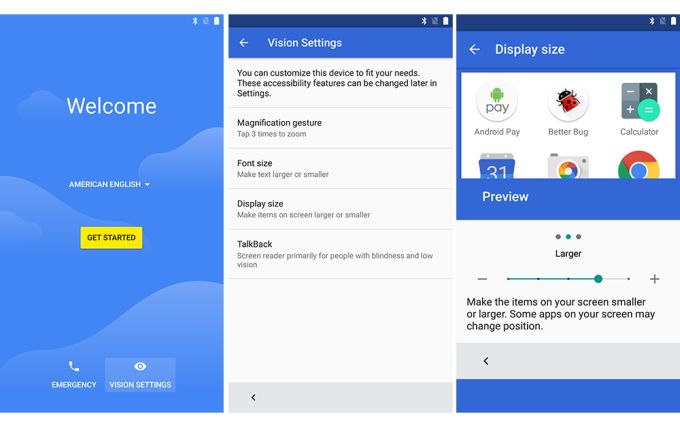 Google says a Vision Settings option will now be included on the Welcome screen, making it easy to choose your settings when you first set up a device.

If you don’t need to make any adjustments, just choose the Get Started option instead of Vision Settings.

Google has also announced that a new version of the ChromeVox screen reader for Chromebooks is in testing, with new tools to make it easier for people to interact with Chrome OS through audio cues rather than by looking at the screen.

ChromeVox is already included on Chromebooks and Chromeboxes, but you can install it as a browser extension in Chrome for Windows or Mac.

ChromeVox Next is the name of the new beta version, which offers updated keyboard shortcuts, new sounds, command menus, and a new caption panel.