Most Android devices that ship in countries that aren’t China come with the Google Play Store and other Google apps and services pre-installed. While the Android operating system is open source, these Google Apps are proprietary and Google requires phones, tablets, and other devices to meet certain requirements before they can be shipped with Google Apps pre-installed.

Now Google is putting up a bit of a roadblock: but it seems to be one that’s not too hard to drive around. 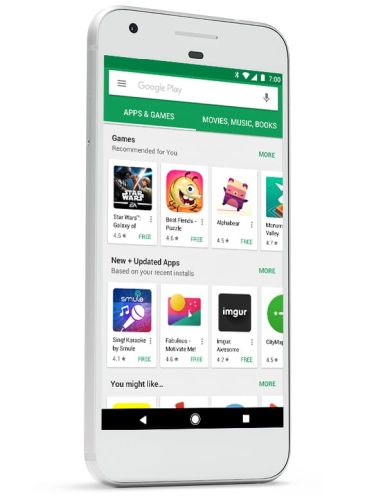 Some users recently started seeing a “Device is not certified by Google” message when attempting to run Google Apps on devices that hadn’t been approved for Google Mobile Services (GMS).

According to Android Police and xda-developers, the screen has information for users (you bought an uncertified device), manufacturers (how to get your device certified), and custom ROM users (fine, we’ll let you in).

That last option is the one you’ll want to check out if you see a message saying you’re using an uncertified device. While Google says it’s aimed at custom ROM users who have installed a third-party version of Android such as LineageOS, it could also apply to users who want to install the Play Store on other devices, like an Amazon Fire tablet.

Just visit g.co/AndroidDeviceRegistration and enter your Google Service Framework ID number. The easiest way to do that is using a third-party app like Device ID (which you can download from APKMirror if you don’t have the Play Store installed… which you probably don’t if you’re running into this problem).

Google says the reason it’s blocking uncertified devices is that it can’t guarantee a safe or stable user experience. Of course, the fact that the company lets you circumvent its restrictions by entering a GSF ID sort of undermines that point… but I guess if you have to jump through some hoops at least you’ll be aware of the fact that running Google Apps on an uncertified device might pose some security risks.

Android Police notes that it’s more likely Google is doing this to keep phone makers and vendors from trying to circumvent the certification process in the first place. It remains to be seen how effective that will be.