Folks have been loading Ubuntu and other operating systems of custom firmware on Chromebooks for almost as long as Google’s been making Chrome OS available.

But now the company’s making it even easier for users to run custom code on a Chromebook, thanks to new debugging features that are available in developer mode. 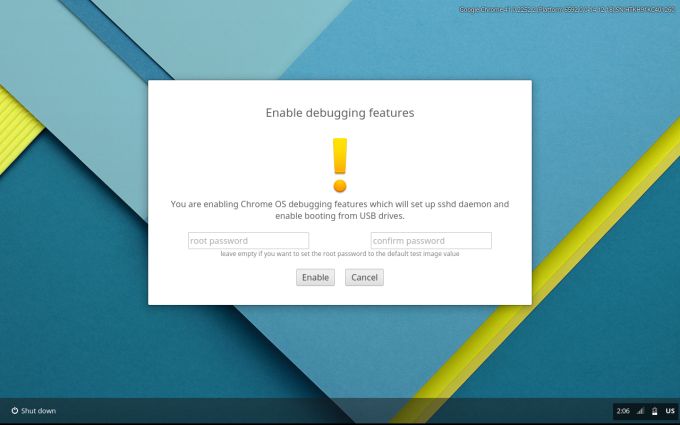 In a nutshell the new features remove rootfs verification, which lets you modify operating system files, enables SSH access to the device using standard test keys and lets you boot from a USB drive. Users can also set a custom password for dev and system root logins.

At this point you’ll need to switch to the Chrome OS dev channel, enable Developer Mode, and wipe your hard drive before you can turn on debugging features.

Eventually the settings should graduate from Dev Channel so that you’ll be able to use them on beta or stable channels of Chrome OS. But you’ll probably always need to set your Chromebook to developer mode.