Google Listen is a free podcast manager for Android phones and tablets. Or at least it was. Android Police noticed that Google has removed the app from the Play Store, although if you’ve downloaded it in the past you may still be able to find it when you’re logged in.

Update: It’s official. Google is killing Listen, suggesting there are a number of better alternatives available from the Play Store, including the three apps listed below. Podcast search won’t work after November 1st. 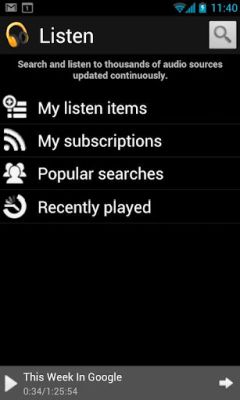 The podcast app has been around for years — but Google hasn’t updated the app since January, and the last update was a minor bug fix.

Google Listen has never been one of the best podcast apps around though — just one of the cheapest. While it’s possible that Google may integrated podcast functionality into future versions of the Google Music app, there are some other great alternatives worth checking out.

BeyondPod is an easy-to-use podcast manager for audio and video podcasts. You can subscribe to feeds, stream media over the internet, or automatically download podcasts to your device. 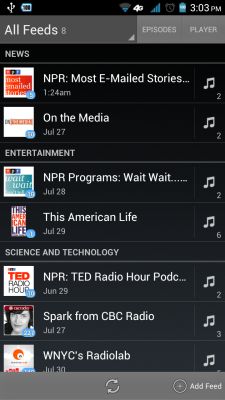 The app lets you decide how many items to keep on your device on a per-feed basis. BeyondPod also supports Google Reader integration, letting you sync your feeds with Google’s RSS reader.

I’ve been using BeyondPod as my primary podcast manager for the last few years. A full license costs $6.99, but there’s a 7-day free trial available. 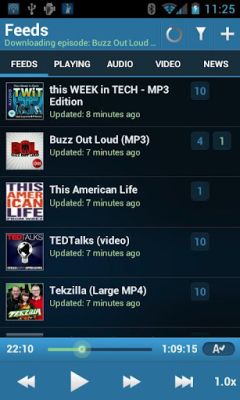 You can import feeds from Google Reader or Google Listen, or from an OPML file. There’s also a built-in podcast search engine, and you can browse the top 100 DoggCatcher feeds for suggestions. The app will also make recommendations based on your subscriptions.

Like BeyondPod, Doggcatcher supports audio and video feeds and lets you stream media over the internet or download audios and videos to your device automatically.

At $2.99, Pocket Casts is cheaper than either of the other options — and it’s a lot prettier thanks to a slick black and red color scheme and the prominent display of album art (although it has a tabbed interface that looks like it was designed for the iPhone, rather than Android). 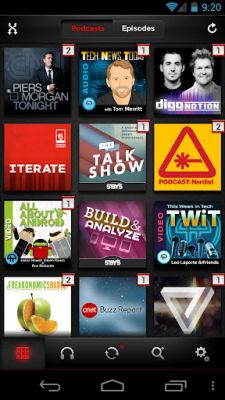 Pocket Casts includes the usual podcasting goodies including the ability to import feeds, download files in the background, and schedule the time when your device should check for new episodes.

4 replies on “Google Listen put out to pasture: Here are some other Android podcast apps”