It’s been nearly two years since Google revealed it was working on technology to create smart clothing and other textiles by weaving electronics into fabric. Now Google and Levi’s have announced that the first commercial product based on Project Jacquard is coming this fall.

That’s when you’ll be able to buy the smart jacket the two companies unveiled last year. At the time the goal was to bring the jacket to market in the spring of 2017, but it looks like the companies have pushed back the date a bit.

We also now know the price: the Levi’s Commuter Trucker Jacket will sell for $350. 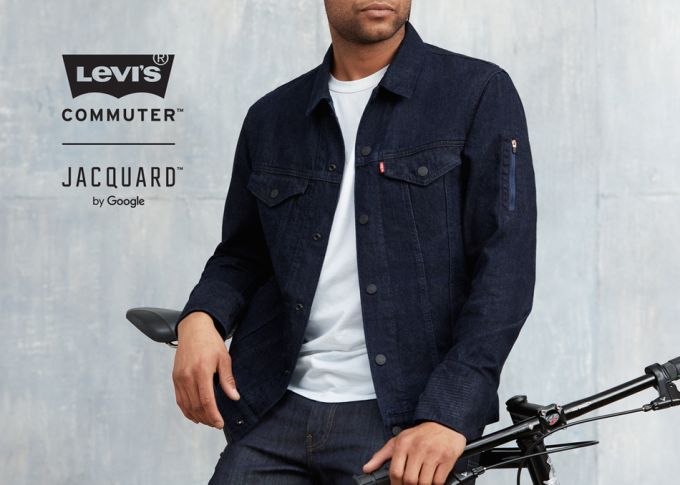 Good denim can be pricey, but in this case you’re paying for more than just the fabric and design.

The jacket includes a touch-sensitive area thanks to “interactive denim” that allows you to swipe your fingers across the sleeve to send commands to your smartphone, allowing you to get directions, answer calls, or control music playback without pulling your phone out of your pocket.

Levi’s and Google are showing off a pre-release version of the Commuter Trucker Jacket at SXSW in Austin this week.