Google’s latest Chromebook is thinner, lighter, and cheaper than its last model… but Google says the new Pixelbook Go has a bigger battery, a quieter keyboard, and a design that’s focused on portability and all-day usage.

The new Pixelbook Go is up for pre-order starting today for $649 and up. 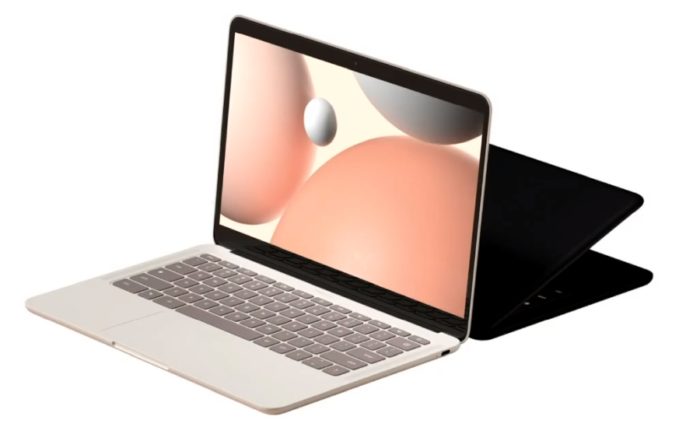 Want beefier specs? Google will also offer models with up to a 4K display, an Intel Core i7 processor, 16GB of RAM, and 256GB of storage — but you’ll end up paying $1,399 for a top-of-the-line model. The sweet spot may be somewhere in between:

The Pixelbook Go comes with a 45 watt USB-C power adapter.

The most distinctive feature of the new Pixelbook Go may be its design — Google has opted for a magnesium body that’s thin, but sturdy and which allowed the company to go with a matte finish and an unusual “rippled, wavy bottom” that Google says makes the laptop easy to grip.

The Pixelbook Go weighs about 2 pounds, measures about half an inch thick, and has a battery that the company says is 15-percent larger than the one in the original Pixelbook, enabling up to 12 hours of battery life.

Google will offer two color options: “just black,” and “not pink.” But only the black version is available at launch, with the pink (I mean come on, it is pink) version coming soon.

6 replies on “Google launches Pixelbook Go for $649 and up”