Google’s 2017 smartphone family is (almost) here, and after months of leaks, there aren’t a lot of surprises. The Google Pixel 2 and Pixel 2 XL are pretty much exactly what we’d expected… at least in terms of hardware.

But during its launch event, Google didn’t just talk about the new hardware used in these phones. Google says what makes them special is the combination of hardware, software, and artificial intelligence… which is a way of saying that Google Assistant features are baked in, and the more you use it, the more it learns about you.

Among other things, the new Pixel phones will ship with Android 8.0 Oreo software with Google Assistant baked in… and there’s a new way to trigger Assistant. Just squeeze the sides of the phone to start talking using a feature called Active Edge. 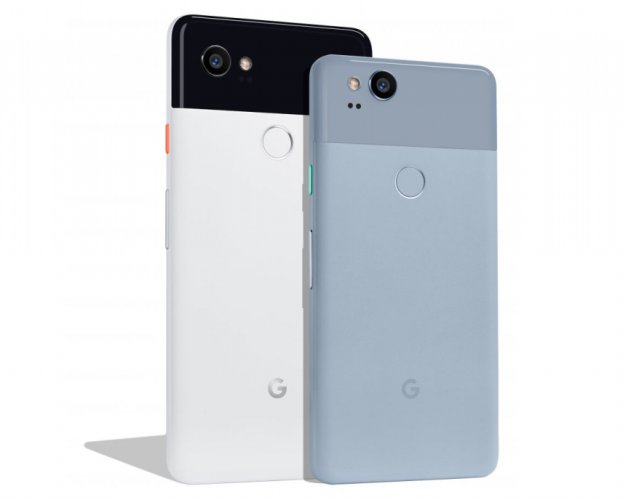 For example, there’s a new song ID feature that can detect any song that’s playing and show information on your lock screen.

Google is also adding a preview of its new Google Lens software to the Pixel phones, allowing you to scan real-world items with your phone’s camera, ask questions by voice, and get information. It’s not an entirely new feature… Lens actually seems like a souped up version of the discontinued Google Goggles app that was last updated in 2014. But it’s an example of one thing that will help set the Pixel phones apart… because while this is a feature that will eventually roll out to many Android phones, it’ll launch first on Pixel devices. 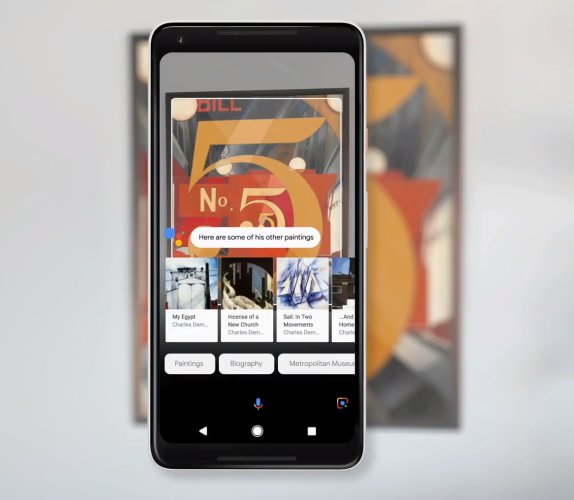 The Google Pixel 2 XL features a 6 inch display and slimmer top and bottom bezels than the 5 inch Pixel 2. But aside from screen size, battery capacity, and a few design issues, the phones are pretty much the same. There are no software features that are exclusive to the larger model, unlike some other phones.

Both phones have all metal and glass cases and both are compatible with Google’s Daydream virtual reality platform. The DayDream View headset, by the way, is also getting a modest update (and a $20 price bump). 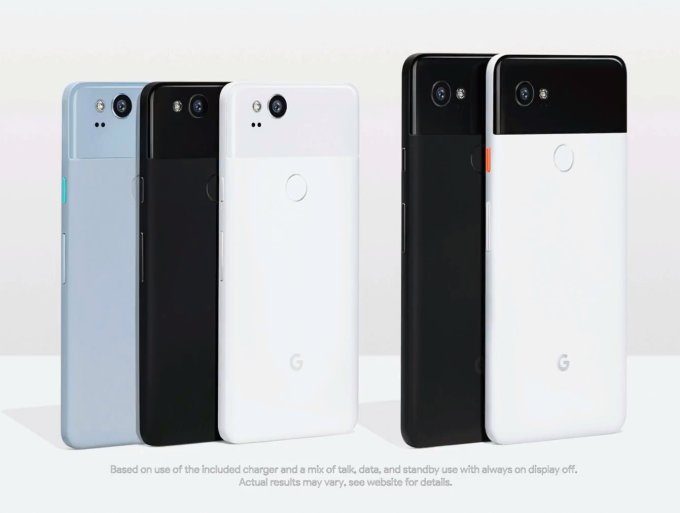 Google’s first-gen Pixel phones earned a reputation for having some of the best cameras available on any smartphones. This year’s should be even better.

While there’s some debate over how much faith to place in DxOMark rankings, the Pixel 2 and Pixel 2 XL both have a score of 98… which is higher than any other phone released to date.

Both phones have the same camera features, including optical image stabilization, a 12MP rear camera, and support for a portrait mode that uses machine learning and a dual pixel sensor to apply bokeh-style background-blur effects without using a second lens.

Since Google’s portrait mode is software-based, it works when you snap a picture with the front-facing camera as well as the rear camera. While I suspect we’ll have to wait for hands-on reviews to determine if the Pixel phones really do as good a job with portrait-style images as dual-camera phones from Apple, Samsung, and others, the demo photos Google showed off during the launch event looked pretty impressive.

Of course, I wouldn’t have expected them to showcase the rejected pictures that didn’t’ come out well.

Google will continue to offer high-res photo and video backup to Google Photos for free for all Pixel users, including 4K videos. 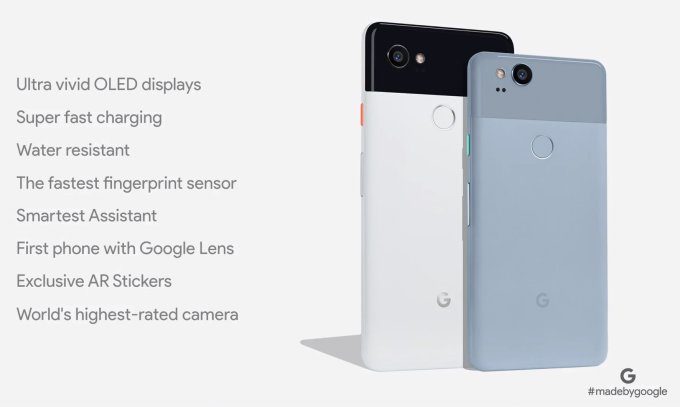 The phones will be available with 64GB or 128GB of storage.

There are a few differences between the two phones though:

As expected, neither phone has a 3.5mm headphone jack.

The phones go up for pre-order today in the US, UK, Canada, Australia, Germany, and India. They’ll be available in Italy, Singapore, and Spain later this year. 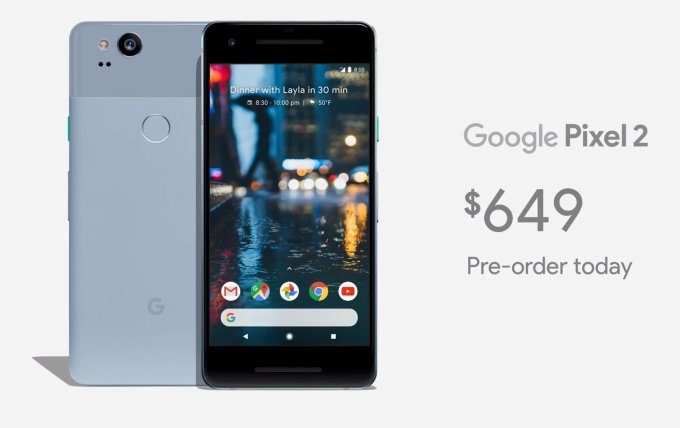 US customers will be able to get the Pixel 2 or Pixel 2 XL from Verizon or Project Fi. Or you can opt for an unlocked model that will be available from the Google Store.