Now that Apple allows iPhone users to install third-party keyboards, it opens the door for apps that not only change the way you type, but which can perform other functions.

Case in point: Google has just released an iOS keyboard called Gboard. Not only does it let you enter text and emoji. It also incorporates Google Search, letting you search the web without leaving the app you’re using. 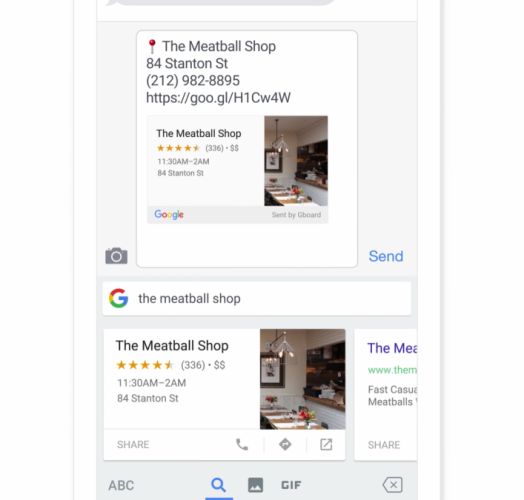 That might sound like a gimmick, but it comes in handy if you want to paste search results into an email or Messenger conversation. Making plans to meet at a restaurant? Just tap the search icon, look up the name of the business, and you can share the Google search card with an address, user reviews, and other details with a tap.

It’s useful… but it’s also a bit of a Trojan Horse that allows Google to get a little more of your attention even when you’re using a non-Google Android phone.

Gboard for iOS is available for free in the App Store, although it only supports US English at launch.