Once upon a time Google offered an online office suite called Google Docs. Then it got merged into the online storage service known as Google Drive. But what’s old is new again: Google has launched standalone versions of its Docs word processor and Sheets spreadsheet app for Android and iOS. Presentation apps called Slides are coming soon. 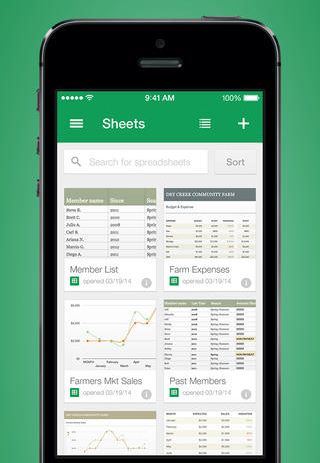 Uncoupling the apps from Google Drive makes it a bit more obvious that you can create, edit, and view your office documents on a mobile device whether you have a solid internet connection or not. Your documents will also be backed up to Google Drive, but each app also has offline support built in.

The apps also continue to include online features including the ability to share documents or spreadsheets with other users or even edit at the same time as other collaborators.

Separating the mobile apps also means that Google will be able to update one office app without necessarily rolling out an update to the entire Drive experience.

Here are download links for each of the new apps: