Google Android is expanding beyond phones and tablets and into wearable devices. Google Glass already runs a version of Google’s mobile operating system, but now the company is expanding Android to smartwatches and other devices that may not have the screen space or processing power available on a smartphone. 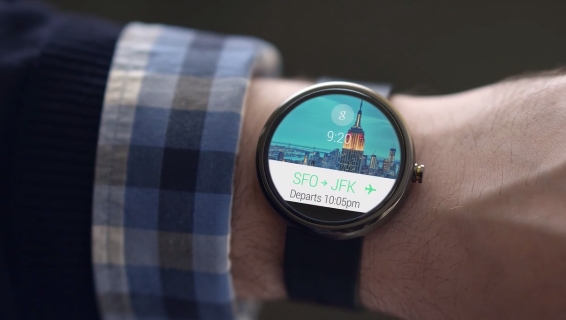 The user interface has been redesigned for small devices, and Android for wearables uses a combination of voice, gesture, and contextual information so that you don’t have to tap on a tiny keyboard to get things done.

For instance, you can glance at your wrist to read an incoming text message and respond by talking to your watch. You can dismiss notifications with a swipe, or tap for more details.

The demo photos and videos show a design language that’s very similar to the Google Now experience on phones and tablets, and much less cluttered than the UI seen on most existing smartwatches. But what Google’s showing now could just be the tip of the iceberg.

Google is launching a developer preview which allows Android app developers to tweak their software to work with Android-powered smartwatches. So like any “smart” platform, new software could add new functionality eventually.

2 replies on “Google launches Android Wear for watches, other wearables”