Google’s smartwatch platform is getting a major overhaul. Among other things, Android Wear 2.0 includes a new system user interface, support for text input through a keyboard and handwriting recognition, and support for standalone apps that work even if your phone isn’t nearby.

Android Wear 2.0 will be coming this fall, but Google has already released a developer preview for folks that want to try the update a bit early (or develop apps that take advantage of the new features). 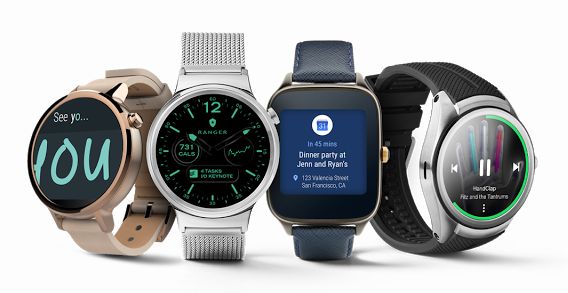 Standalone apps can connect to the internet over Bluetooth, WiFi, or cellular connections to function without connecting to a phone. Push messages can be delivered by Google Cloud Messaging.

The end result is that Android Wear watches could get a lot more useful for folks that want to leave their phones at home… although not all Android Wear devices have WiFi or cellular support.

The updated user interface is based on Material design for wearables guidelines and has an updated notification system.

Google has also brought the Android input method framework to Android Wear, which means developers can create third-party keyboard apps that function much the say they would on a phone or tablet.

Other updates include support for  Android N features including data saver and additional emoji, and Google Fit improvements for better activity tracking. 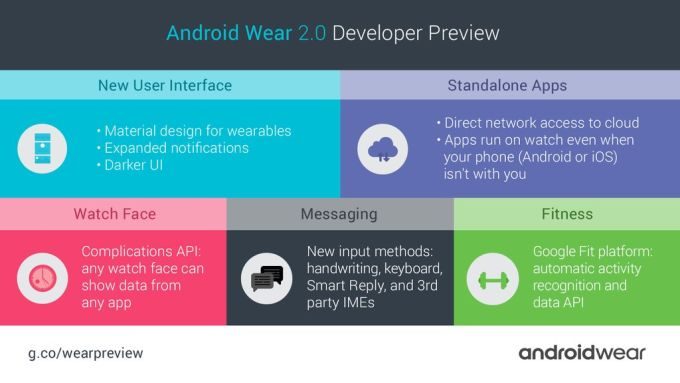