Google has begun rolling out Android 5.1. The latest version of Android is still called Lollipop and it’s a relatively minor update over Android 5.0.

But Google says there are a few new features as well as performance and stability improvements. 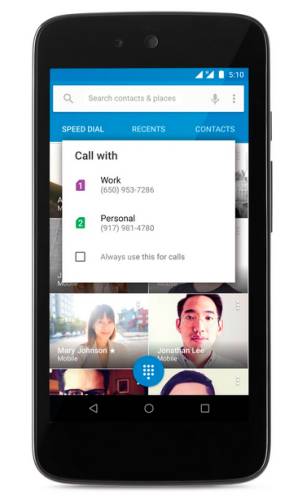 Android 5.1 Lollipop is already available on Android One smartphones available in Indonesia and India. Soon it’ll roll out to recent Nexus phones and tablets. And now that Google is releasing the source code it shouldn’t be too long before we start to see it hit other phones through official updates and unofficial custom ROMs.

Update: Factory images are now available for some devices including the Nexus 5, 2012 Nexus 7 and Nexus 10.

Update 2: Google says pretty much every Nexus device released since (and including) the Nexus 4 will receive an over-the-air update to Android 5.1.

So what’s new in Android 5.1 Lollipop? Here are a few things:

The Device Protection feature will be available on the Nexus 6 and Nexus 9 as well as most devices that ship with Android 5.1 pre-installed.

Other new features include support for quickly connecting to WiFi networks or Bluetooth devices devices from the Quick Settings pull-down, new animations in the clock app, and more.

You can find more details in our “what’s new in Android 5.1 Lollipop” article.