The software developer kit is already available, and Google is also expected to release the source code for Ice Cream Sandwich — something that the company never did with Android 3.x Honeycomb.

One of the key things Android 4.0 will do for Google’s ecosystem is bring some of the features that had only been available for tablets to phones.

For instance, Android phones with Ice Cream Sandwich will now support resizeable home screen widgets and a Honeycomb-style app menu and widget manager as well as support for buttonless designs thanks to the Home, Back, and Menu icons which show up at the bottom of the display when you need them, and which disappear when you don’t need them.

But Android 4.0 Ice Cream Sandwich isn’t just designed to bring parity to Android phones and tablets. The operating system also includes a number of new features and a refined user interface which gives Android a more consistent look and feel while also making it more attractive and easier to use. 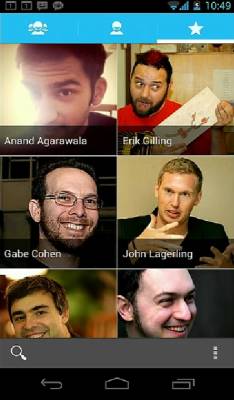 For instance, the new People app replaces the Contacts app by displaying nice large photos of your contacts as well as recent updates from their social networks. Oh yeah, you can still also grab phone numbers, email addresses, and other pertinent information.

Google has also improved the camera app by allowing you to launch it more quickly, snap panoramic photos, and zoom more easily. You can also do some basic photo editing from the Gallery app.

The new web browser app can synchronize your bookmarks with Google Chrome for a PC, allow you to surf the web in incognito mode, view full desktop versions of websites, or save pages for offline reading.

Google is also continuing to push NFC (Near Field Communications) technology. If your phone or tablet has an NFC chip you’ll be able to use a new feature called Android Beam to share content between devices by tapping two devices together and then hitting the Beam button to send a web page, map, or other data from one device to another.

You can find more details about Google Android 4.0 Ice Cream Sandwich at Mobiputing and at the Google Platform Highlights page.