Google is introducing two new versions of the Google Nexus 7 tablet: one with 32GB of storage, and another with integrated 3G. And as expected, the company is killing of the 8GB model and adjusting prices. 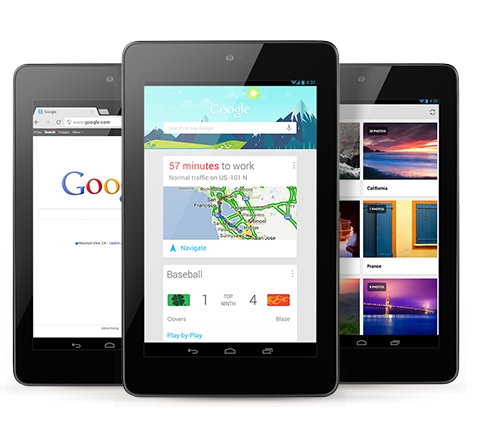 That’s the price for an unlocked tablet which can be used on any HSPA+ mobile network. Google says that includes 200 GSM providers including AT&T in the US.

You can pick up the new WiFi-only models from the Google Play Store or from retail partners including Walmart, Newegg, and Office Depot.

The basic specs for Google’s 7 inch tablet haven’t changed. The Asus-built device features an NVIDIA Tegra 3 quad-core processor, 1GB of RAM, and a 1280 x 800 pixel display. Right now the tablets ship with Android 4.1 Jelly Bean, but they should be updated to Android 4.2 soon.