Google has been phasing out support for navigation buttons in recent versions of Android, and instead prioritizing gesture-based navigation. Now it looks like gestures are coming to Chrome OS.

The folks at Android Police discovered that Chrome OS 80 beta, which began rolling out a few days ago, includes optional support for Android 10-style gestures. 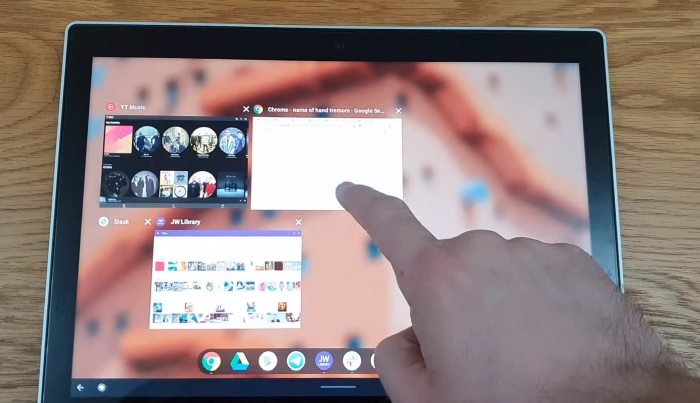 When enabled, you can:

That last one is unique to Chrome OS, since there’s no equivalent feature in Android.

You do have to enable the modular shelf flag from the chrome://flags screen in order to use gestures. And Android Police notes that some web apps and Android apps don’t seem to play well with the feature yet, so it’s probably a good thing that it’s hidden behind a flag for now.

All of this is also probably useless for Chromebooks that don’t have touchscreen displays. But there are a growing number of Chrome OS tablets and touchscreen convertibles. A move to make Chrome OS behave more like Android on those devices doesn’t inherently seem like a bad thing.

4 replies on “Google is bringing gesture navigation to Chrome OS”