Google is announcing a series of updates coming soon to Android devices that are designed to make it easier to communicate, share files, personalize your devices, and for people with hearing or visual impairments to use their devices. 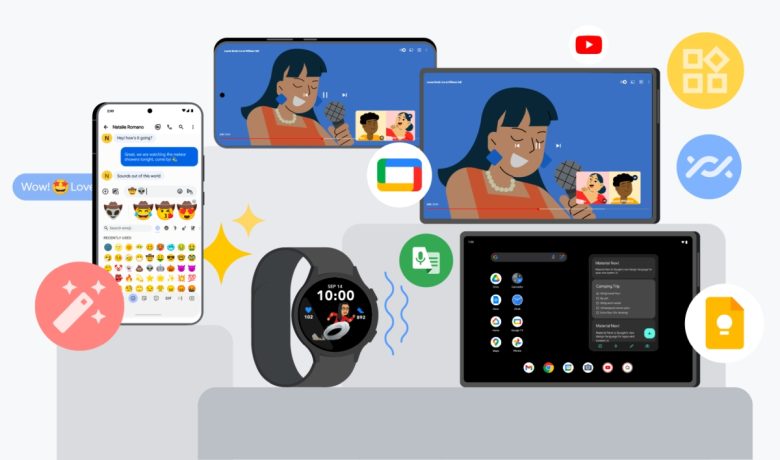 For example, Google’s Nearby Share feature already lets you send files between Android phones or tablets or Chromebooks. But soon you’ll be able to use it access it more easily when transferring pictures, videos, documents, or other files or folders between your own devices.

Google says an update coming in the next few weeks will allow you to select devices that are logged into your Google account, and then access those devices from the Android Share menu. Transfers will be automatically accepted so that, for example, you can send a file from your Chromebook to your phone without turning on the screen or unlocking your phone. 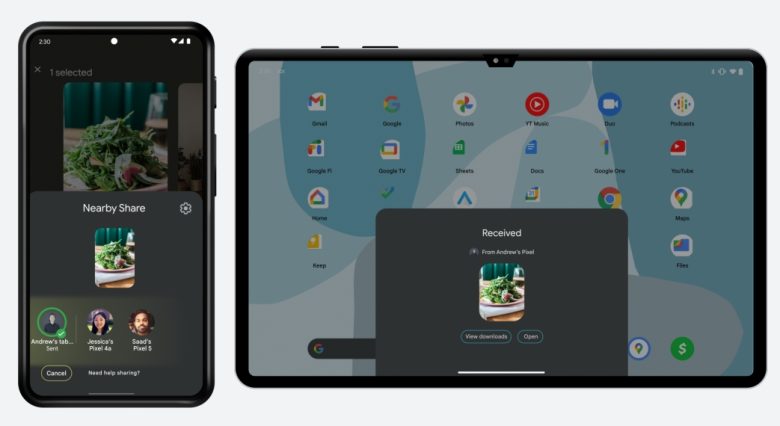 This is an opt-in feature though, so if you don’t want to have your devices automatically accept a transfer, you don’t have to.

There’s a new Emojify feature in the Gboard keyboard app, which allows you to type text and then hit a button to to automatically add emoji or replace words with emoji…. if that’s something you want to do.

Live Sharing for Google Meet allows you and up to 100 other participants to play supported games or watch videos on YouTube together in real-time.

New Accessibility features include a feature that lets deaf and hard of hearing users set custom sound alerts. Basically your phone or watch can vibrate or show a flashing light when somebody knocks on a door or a fire alarm goes off. But now users can set custom sounds to let them know, for example, if the timer on the stove has finished or the washing machine has emitted a sound to let you know the next load is finished.

For blind and low-vision users, there’s an Audio Descriptions feature for Google TV that narrates live visual action as it happens… but only for supported movies. Now Google TV offers a curated list of movies with the feature enabled.

Google is also bringing a new Google Keep tile to Wear OS, allowing you to view notes or checklists on a smartwatch, and a new Bitmoji watch face is coming to Google’s smartwatch platform as well.