Google recently rolled out updates to Android that, among other things, prevented many popular ad-blocking apps from running on devices that aren’t rooted. Now Google is going a step further and removing a number of ad blockers from the Play Store, which will make it tougher to install those apps even if you do have a rooted device. 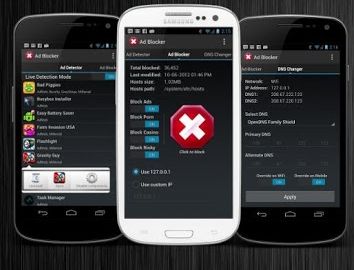 Developer Jared Rummler got a note from Google letting him know that his Ad Blocker Root app had been removed for violating Google’s terms of service. In a nutshell, that’s because it’s an app designed to interfere with the way other Android apps perform.

That’s not exactly a surprise — the whole point of an Ad blocker is to prevent ads from showing up, not just in a web browser, but also in ad-supported Android apps. But up until recently Google has pretty much turned a blind eye to this sort of thing.

Ad Blocker Root isn’t the only app that’s been affected. Ad-Away has also been pulled from the Play Store, and other popular ad blocking apps have also been removed.

Android still allows users to install third party apps that are downloaded from sources other than the Play Store, so folks who really want to get their hands on apps designed to block advertisements will still be able to get their software from developer websites, forums such as xda-developers or RootzWiki, or third party app stores such as F-Droid.

But this move from Google means users will have to work a little harder to find and install those apps.

One reply on “Google is booting ad blockers from the Play Store, Android”