Google has officially introduced its new Nexus 7 tablet. As expected, it’s thinner and more powerful than the model introduced in 2012. But Google says the new model also gets an extra hour of battery life. With a 3950mAh battery, it should provide up to 9 hours of HD video playback or 10 hours of web browsing.

WiFi-only models hit the streets July 30th for $229 and up. But Google says there will also be a 4G LTE-capable model which supports AT&T, Verizon, and T-Mobile. That model will run $349 and hit the streets “in coming weeks.” 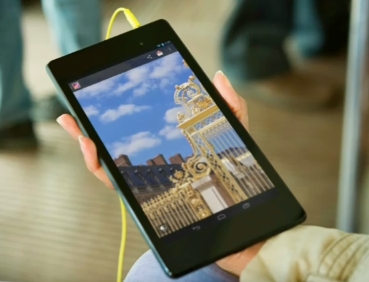 Here’s an overview of the new tablet’s specs:

The tablet’s built by Asus, just like the original Nexus 7. The new model has dual stereo speakers, and while a lot of folks have noticed that the tablet seems to have thicker screen bezels at the top and bottom (when held in portrait mode), Google says the side bezels are actually 2.75mm thinner. 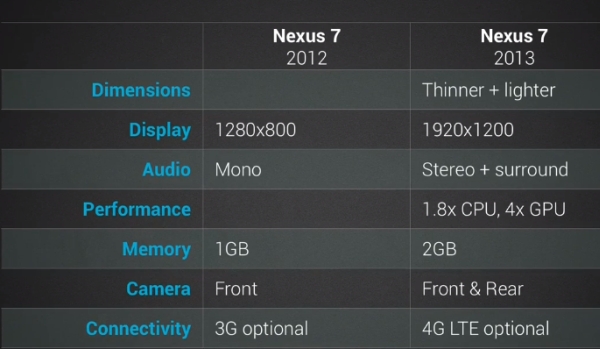 The new Nexus 7 is also about 2mm thinner than its predecessor, and in addition to sporting a higher resolution display with 323 pixels per inch (up from 216 on the original), the new model offers 30 percent more colors.

Google says the Nexus 7 is also the first tablet to support new DRM APIs which will allow Netflix (and other apps) to stream content in 1080p while staying on the good side of content copyright holders.