Google is launching a full SDK for its Android Wear software platform for wearable devices. Earlier this year the company released  preview SDK that allowed Android developers to let their smartphone or tablet apps send notifications to an Android Wear smartwatch.

Now developers can create apps that run fully on the device itself. All users will have to do to install the app on a watch is install the Android app on their smartphone. The wearable portion will be automatically sent to a watch and kept up to date. 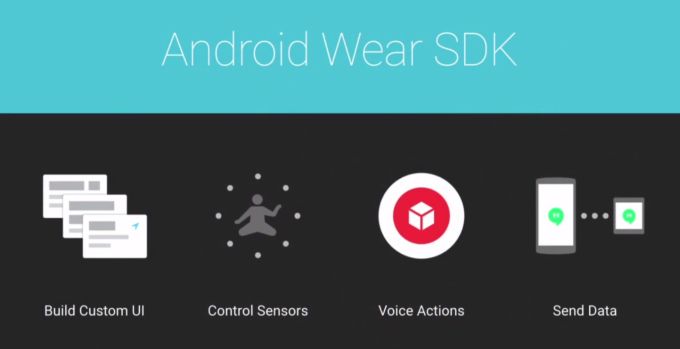 Google showed off a few examples of Android Wear apps at the Google IO developer conference, including the Eat24 app which lets you order a pizza (or other food) directly from your watch using just a few swipes.

The Lyft app for Android Wear can tap into Google Now so that you can use a voice command to call a car, and then rate it from your watch.

The LG G Watch and Samsung Gear Live will be among the first Android Android Wear devices, and they’ll be available to order today from the Play Store. The Moto 360 is coming later this summer.