Google’s Chromecast products are small and simple gadgets that you can plug into the HDMI port of a TV in order to stream internet video to the big screen, using your phone, tablet, or computer (with a web browser) to locate videos you want to play and “cast” them to the TV. 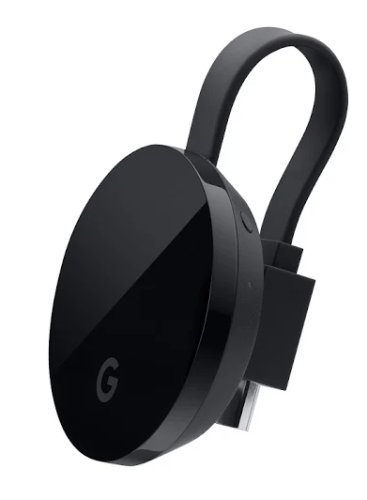 4K content is available from YouTube, Netflix, and Vudu… and it’s coming to Google Play Movies in November.

Google says Chromecast Ultra is also 1.8 times faster than its predecessors at launching content. And it’s the first Chromecast to feature an Ethernet port. If you’re wondering why it’s not visible in the pictures of the device, that’s because the Ethernet port is in the power adapter.

The device also supports 802.11ac WiFi and features a micro USB port for power and an HDMI port that plugs into a TV.