Google is launching a new hardware and software kit aimed at developers and hackers who want to build products that incorporate computer vision… on a budget.

It’s called the AIY Vision Kit, and it’s up for pre-order from Micro Center for $45, with an expected ship date of December 31st.

The total cost is still under $100 though, which is pretty impressive for a set of tools that you can use to develop projects that use what Google calls an “intelligent camera.” 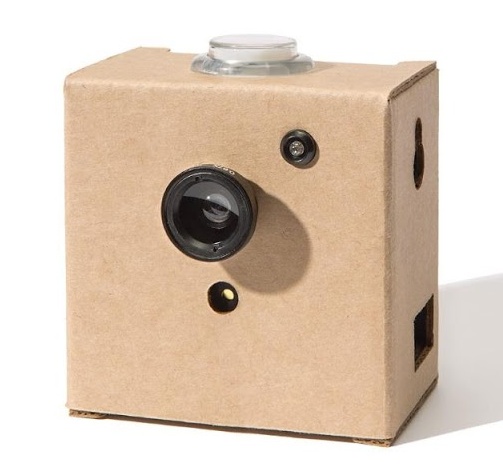 Google’s kit includes a VisionBonnet accessory board that adds an Intel Movidius MA2450 low-power vision processing unit to the tiny computer, an RGB button, a piezo speaker, a macro/wide lens kit, cables, a tripod, and a cardboard box that holds everything together.

There’s also a software image with neural network models for recognizing common objects, detecting faces and facial expressions, and differentiating between cats, dogs, and people. Advanced users can also create and train their own models.

Google envisions users creating projects that could do things like automatically open a dog door when your pet approaches, perform actions when someone opens the front door to your house or recognize different types of food, among other things.

And the whole thing is meant to be hackable: you can skip the cardboard enclosure and build your own casing for the camera (or fit into a more complex system). You can add additional hardware using GPIO pins. And there’s a Python API that lets you change the way the RGB button colors, sounds, or other components function.

This isn’t Google’s first kit of this type. Earlier this year the company released a Voice Kit that works with a full-sized Raspberry Pi and includes a speaker and microphones for folks that ant to assemble their own smart speaker systems.