When JBL and Lenovo launched smart displays powered by Google Assistant this summer, the companies tapped into a platform Google announced at the start of the year.

But when Google launched its own smart display this week, the company didn’t follow suit. 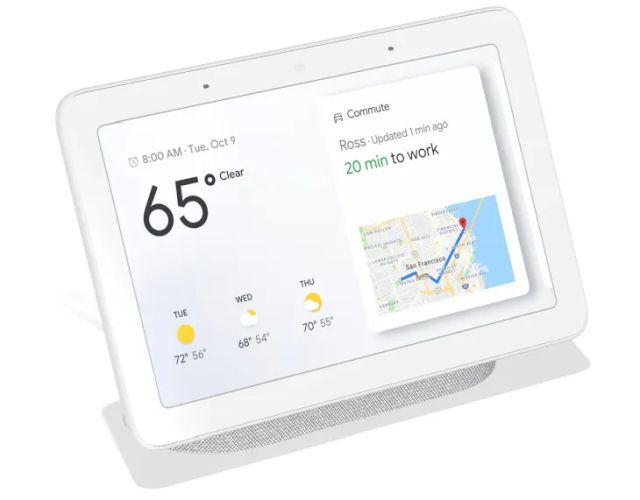 The Google Home Hub is a $149 smart display with a 7 inch touchscreen display, a built-in speaker, and a mic array. You can use it to talk to Google Assistant, play videos or music, or control your smart home gadgets.

You can’t use it to make video calls, because the Google Home Hub does not have a camera. That’s not the only thing that sets it apart from other Google Assistant-enabled smart displays though.

As Ars Technica points out, Lenovo, JBL, and LG have all announced devices based on the same technology: they all have Qualcomm SD624 chips and run software based on Google’s Android Things (a version of Android optimized for Internet of Things devices).

The Google Home Hub, meanwhile, uses an Amlogic processor and software that’s similar to what runs on a Google Chromecast device.

While the company hasn’t really explained the discrepancy, there’s one obvious difference: the Google Home Hub is the cheapest smart display with Google Assistant to date. JBL’s solution sells for $200 or more, and  Lenovo’s is $250.

Interestingly, most of the differences seem to be under the hood. The Google Home Hub user interface seems to be pretty much the same as for the  Lenovo Smart Display and JBL Link View.

Meanwhile, 9to5Google connected some dots and concluded that there’s a chance the Google Home Hub may be capable of running Google’s new Fuchsia operating system rather than an Android-based OS. It’s unclear if the Home Hub runs Fuchsia out of the box, but it appears that the company has at least been testing the operating system on the device.