Last year Google introduced a media player called the Nexus Q which was designed to let you stream content from your phone or tablet (and from the internet) to your TV. It didn’t last long.

But now it looks like Google may be getting ready to launch a new media player. A device called the Google H840 showed up at the FCC this week, and while details are scarce, it’s described as a device that “functions as a media player.”

There are no pictures, specs, instruction manuals, or even drawings at the FCC website. But the test reports show that the device supports 802.11b/g/n WiFi.

It’s also been tested while hooked up to a Dell 24 inch monitor, which suggests that this isn’t a phone, tablet, or iPod touch-like device.

The only other thing we know is that while this is described as an H840 Device, it actually has a model number of H2G2-42. 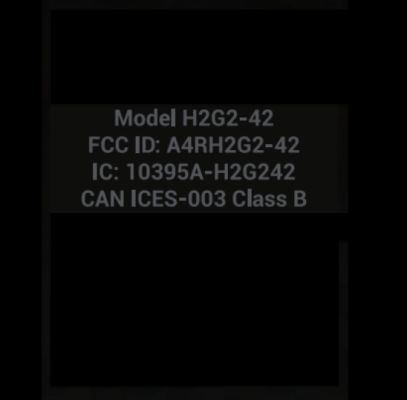