Google Glass never really took of as a consumer device. But Google hasn’t given up on its head-mounted display platform. Two years after launching Google Glass Enterprise Edition, Google is launching an upgraded version with a faster processor, better camera performance, and optional safety frames for use in manufacturing and other industrial environments.

Google Glass Enterprise Edition 2 is also cheaper — business customers can buy the new version from Google’s sales team for $999, which is $500 less than the previous-gen Glass. 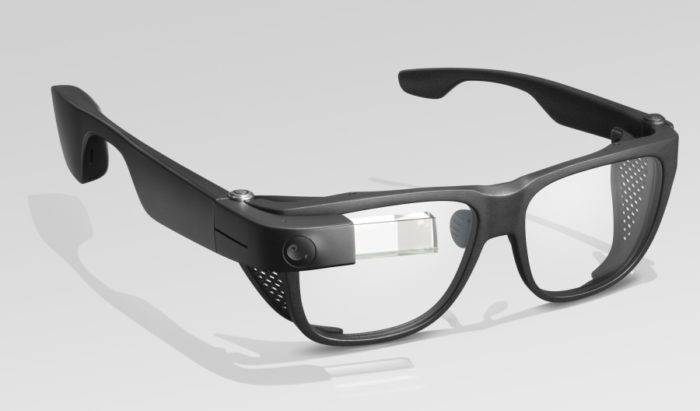 The new version of Google’s wearable computing device is powered by a Qualcomm Snapdragon XR1 processor, a chip that Qualcomm launched a year ago specifically for virtual reality and augmented reality devices. It’s a 10nm, 1.7 GHz quad-core processor with built-in support for vision processing, six-degrees of freedom position tracking, and 3D accelerated graphics, among other features.

Other features include 3GB of LPDDR4 RAM, 32GB of eMMC flash storage, 802.11ac WiFi and Bluetooth 5.

Google has upgraded the camera from 5MP to 8MP, and Glass Enterprise Edition 2 has 3 beam-forming microphones for voice detection, a touchpad on the side, a USB 2.0 Type-C port for data and (fast) charging, and an 820 mAh battery that’s said to be good for up to eight hours of battery life.

There’s also an on-head detection sensor and eye-on screen sensor which can disable features when you’re not using them.

Google says Glass Enterprise Edition 2 has two LED lights — a power LED on the back and a camera indicator light at the front so folks in your vicinity will know if you’re recording or streaming.