If your Android device is running Nougat, you’ve got more than 1,700 emoji at your fingertips. You can use them to invite your friends to play water polo with a clown or assure them you don’t know who ate all the bacon. 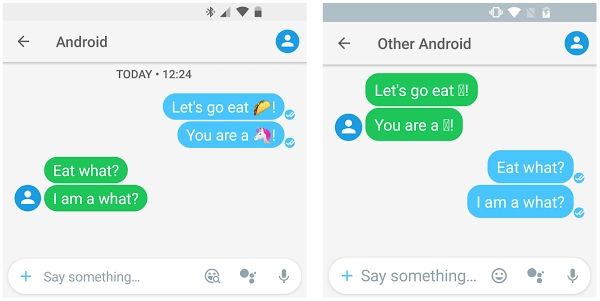 At least you can if they’re also running Nougat. On an older Android device — one that lacks the latest emoji-packed version of Unicode — your pals might just see empty boxes or blank spaces intermingled with your text.

That’s going to change soon, however. Google is introducing a new Android support library called EmojiCompat. Its purpose: to ensure that “users do not need to wait for Android OS updates to get the latest emoji.”

There are a couple of catches worth knowing about. One is that developers need to add EmojiCompat calls to their apps. The other, as Phone Arena points out, is that while newer emoji will display properly it’s not yet clear whether you’ll actually be able to use them in your outgoing messages. At least you won’t have to ask anyone to fill in the blanks for you, and that’s definitely a good thing.

EmojiCompat is yet another way Google is working to keep Android devices as up-to-date as possible even if manufacturers aren’t rolling out OS updates in a timely fashion (or at all). It’s not as important a change as, say, the Play Services overhaul four years ago, but it’s a welcome tweak nonetheless.