Google has offered an online task manager for years, allowing you to create tasks, assign them dates, and mark them as finished. But Google Tasks always been a pretty barebones feature. It’s never had its own dedicated mobile app, and Google hasn’t even offered a standalone Google Tasks website in years (although you could access it from Google Calendar).

Now Google Tasks is finally getting some time in the spotlight.

There’s a new standalone Google Tasks app available for iOS and Android, and a web version is on the way. You’ll also be able to access Google Tasks from the new version of Gmail for web browsers. 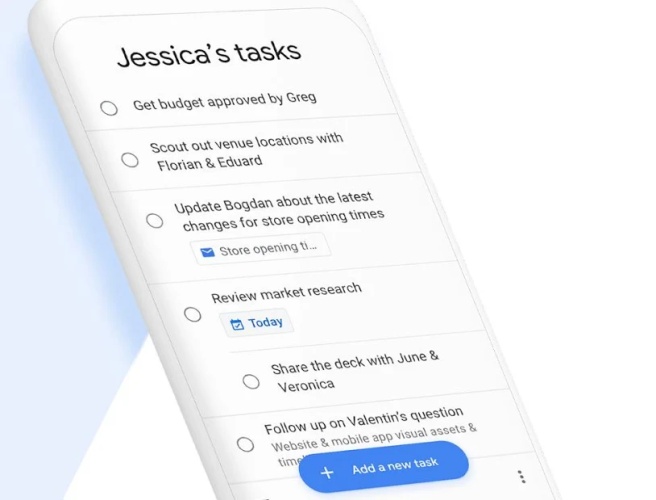 So how is the new Google Tasks app? Its pretty… and pretty barebones still.

The mobile app has plenty of white space, big touch-friendly icons, and support for tasks, subtasks, and task lists. Any tasks you create, delete, or check off will automatically be synchronized between the web and mobile versions.

In case you had any question that the new Google Tasks app is tied to a feature that’s been around for ages, take it for a spin: odds are that you’ll find a bunch of old tasks you’d thought you’d deleted in the “completed” section. I found 62.

Unfortunately, as Android Police notes in a detailed overview of the new app, there aren’t really many new features. You can’t set tasks that recur every week or month, for example. You can set a date for a task, but not a specific time. You can’t snooze a task. And you can’t share tasks with other users.

Google Tasks also seems to have no relation to reminders created with Google Assistant.

In other words, if you need anything other than a basic task list you’re probably better off with something like Any.do, Todoist, or Wunderlist.

That said, my needs are pretty simple, and I’ve actually been using Google Tasks for much of the past decade. I like how they show up in my Google Calendar on the web, letting me create tasks that show as overdue if I miss my goals and not just simple calendar appointments.

On my phone, I use the Business Calendar 2 app, which lets me see my Google tasks and appointments at a glance in day, week, or agenda views. Unless Google adds some exciting new features to its new Google Tasks app for Android, I’ll probably stick with my current setup.

Some of the company’s new Gmail features look nice though, including “confidential mode” for creating messages with expiration dates, revoking access to messages that had already been sent, or preventing messages from being printed, forwarded, or copied.