Google may have ditched the headphone jack for its Pixel 2 smartphones. But the company is rolling out a new feature that makes it easier to pair Bluetooth headphones with the Pixel 2… or any phone running android 6.0 or later and Google Play Services 11.7 or later.

It’s called Fast Pair, and basically all you have to do is turn on your Bluetooth device, put it in pairing mode, and then bring it near your Android phone or tablet. Once it’s detected, you’ll be prompted to pair your phone with the headphones, speakers, or other gadgets. 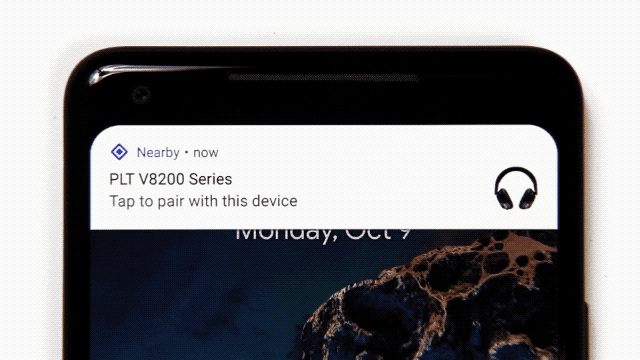 At least that’s the idea… but there is a catch: device makers need to enable the feature, and right now there are only two Fast Pair-enabled devices:

Google says Plantronics Voyager 8200 wireless headsets will be supported soon as well, but right now there are a grand total of two fairly expensive Bluetooth devices that support Fast Pairing.

Then again, while Fast Pair lets you skip a few steps, it’s really not all that much faster than normal pairing, and both options still take longer than plugging an audio cable into a phone… assuming that phone has a headphone jack.