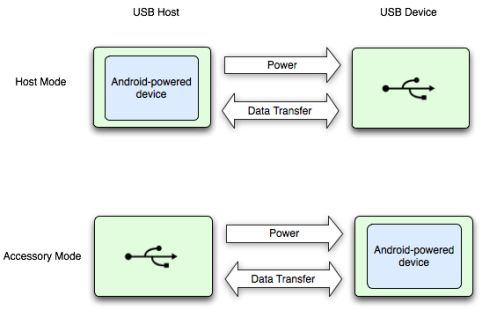 Google Android may have started off as a smartphone operating system, but the software now powers tablets, set-top-boxes running Google TV, and even some laptops. Now Google is embracing the expansion of the Android platform with a few new announcements.

First, Google is baking USB host support into Android 3.1 and launching an Android Open Accessory program. Initially that means you’ll be able to:

But eventually the Open Accessory program will allow developers to use new Android APIs to write apps that let hardware communicate with Android devices in interesting ways.

Google even showed off an exercise bicycle that could interact with an Android phone today.

At launch USB connections will be supported, but eventually the Open Accessory program will also support Bluetooth connections.

Google has also introduced a new Android Open Accessory Development Kit (ADK) based on an Arduino board. This will allow developers to create all sorts of peripherals that can change the way you interact with Android devices.

Imagine your phone being the brains of anything from a home stereo system to a robotic vacuum cleaner.

But expanding the capabilities of phones and tablets is just the tip of the iceberg. Google also introduced [email protected], showing how the Android operating system could work as the foundation for a home automation service for controlling everything from light switches and alarm clocks to home appliances.

2 replies on “Google expands Android beyond smartphones and tablets”